Will lockdown lead to progress in tackling climate change?

Will lockdown lead to progress in tackling climate change?

With London Climate Action Week upon us, Andrew Ratcliffe, Chair of ICAEW’s Sustainability Committee, asks what government, business and individuals can do to tackle climate change and cut carbon emissions off the back of the COVID-19 crisis.

“Cast your mind back to those early weeks of lockdown in March and April, when not only the economy but seemingly also our minds decelerated as the noise of aeroplanes and traffic were replaced by the sound of birdsong. There was a wish to reconsider our relationship with others, as well as with nature and the planet, a first step to act on climate change.

With shops, restaurants, entertainment and air travel reopening, how can individual consumers make informed decisions about the climatic effect of their personal actions? If there is an opportunity to mobilise this new sense of climate responsibility, it is to provide consumers with better information on the carbon effect of their spending and travel. If that changes their buying preferences, then businesses will respond.

However, will this result in meaningful change?

Despite the clearer skies over the last three months as a result of lockdown, we have not achieved nearly enough. The International Energy Authority estimates that CO2e (carbon dioxide equivalent) emissions will reduce by 8% in 2020, but, even if that reduction were to be repeated every year from now until 2050, we would not get to the target of net zero due by then. Additionally, there is a clear danger of an immediate rebound in emissions as lockdown restrictions are easing.

What governments can do

In May, in a video message for COP26 – the global climate conference the UK will be hosting in Glasgow next year – Prime Minister Boris Johnson said that he looked forward to a “fairer, greener more resilient global economy”, and ICAEW joined with many others in urging that health, wellbeing and job creation should be put at the heart of the recovery plan.

As part of the UK Climate Assembly Interim briefing, titled “COVID-19, recovery and the path to net-zero”, 79% of the Assembly agreed that “steps taken by the government to help the economy recover should be designed to help achieve net-zero.” There needs to be rapid action on home insulation, carbon taxes, electric vehicles and improved broadband to make this a green recovery that cuts emissions permanently.

But there are two immediate priorities for the government: stimulus to get economies firing again, closely followed by consolidation to ensure public finances are stabilised. Stimulus is likely to be a combination of more infrastructure – the ‘shovel ready’ projects – more job support measures and encouraging the resumption of consumer spending. I fear that this will result in reaching for the most easily available sources of energy, which we all know means hydrocarbons, and increased unmediated consumer spend, without regard for its environmental impact. It’s imperative that the important is not supplanted by the urgent.

There is evidence that, even before the crisis, investment managers were showing increased sensitivity to the risks of climate change in deciding where to invest – not least in response to increasingly demanding pension funds. In his annual letter to investors in January, BlackRock CEO Larry Fink focused on climate change and announced that the company launched several initiatives to “place sustainability at the centre of [its] investment approach”. ”

We at Revel are pleased this topic is being discussed in the profession. Not a perfect article by any stretch of the imagination, but a conversation starter.

What are you and your business doing (or not doing) post lock down that helps tackle climate change?

If you are new to Revel and are keen to find out more, please call our consultant Will Bolter FCCA MAAT ATT  (our designated COVID-19 response advisor) on 07379 451484 or contact us by email here. 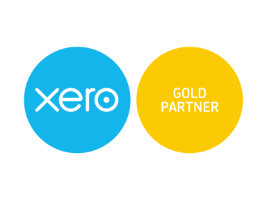 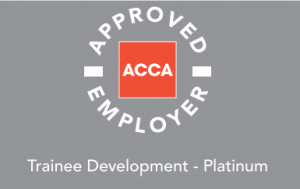